Skip to content
THE END OF OVEREATING:
Taking Control of the Insatiable American Appetite
by David A. Kessler, MD
copyright: 2009, Rodale Books 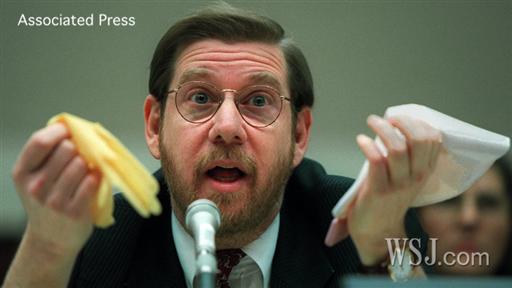 I vividly recall David Kessler, but not when he was appointed FDA commissioner by Republican president George H.W. Bush (with bipartisan approval no less).  He was later reappointed by Clinton with what produced painful misgivings from Republicans.
Mr. Kessler is one smart guy, having advanced degrees both in Medicine and Law.  Outside private industry, he also worked for Republican Senator Orin Hatch.
The (Dr.) Kessler I remember was trying to regulate the cigarette industry, meaning Americans would have to admit to society, and even worse, to themselves, that smoking was in effect “doing drugs.”  While legislation never got off the ground, it surely left, as they say…a “bad taste” in one’s mouth.  After losing this David vs. Goliath battle, the other David decided to write a book about American eating habits. 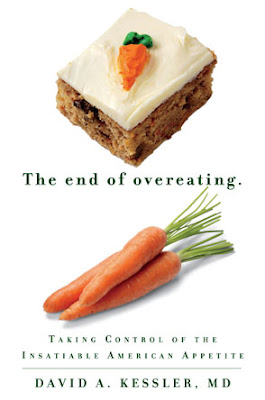 This website reviewed his book even though it’s a book about Nutrition.  Because, in reality, it is the story of how Nutrition was hijacked by Food Inc.  This Book Review is geared towards Socially Responsible Investors.   Summary points:
Best For:
What I liked:
What I didn’t like:
Biggest Surprises:
I purchased this book for my mom in 2009, who’s been overweight (or weight-worried) ever since I can remember.  I recall she was on one diet after another,  and mom attended Weight Watchers-like meetings, which, as a boy, reminded me more of group therapy (aka AA meetings).  My little mind at the time hadn’t realized how close I was to the Truth!
The book starts with Kessler’s personal experiences and love for sweets, especially freshly baked semi-sweet chocolate chip cookies.  It then takes a top-down examination at America’s obesity problem and how the Food industry is contributing to both overweight and sickly Americans. 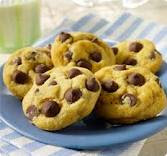 Essentially, Kessler believes that food, like drugs and alcohol, is addicting.   The food industry knows this and has engineered foods that are highly palatable.  Their recipe is a simple mix of salt, sugar and fat placed into foods.  However, while the ingredients are simple, the proportions to which they’re applied, and the layering thereof are very scientific.  This magic potion of ingredients applied to everything we eat has made food addicting in much the same way cocaine is.  In fact, our bodies play off similar cues and have similar brain (e.g, dopamine) responses to foods.
The food industry, and we’re not just talking Wendy’s here, is responsible for this highly addictive food.  It’s not just Fast Food chains, but sit-down family restaurants, food processors, and supply companies (i.e, ADM, Cargill) that all take part in this.  Dr. Kessler had interesting interviews with food consultants and corporations with in-depth interviews with:
The final chapters focus on ways of treating food addictions including emotional learning and negative associations (i.e, telling yourself “food: bad”).  One of Kessler’s solutions is what he calls “planned eating” which is eating just enough to get you through the next four hours.

Applying this book to Socially Responsible Investing:
When analyzing potential investments in the food industry, there has to come some point (this is for the investor to decide) at which a food company is held responsible for the ingredients it is using and the affects its food is having on  customers/society. Should candy, desert and fast-food companies be screened-out of SRI lists?

But maybe, say a Chipotle should be included in a  positive SRI screen given its “food with integrity” program.

How about Starbucks?  You can’t get much more socially responsible than Starbucks.  But did you know their Strawberries & Creme Frappucino with whipped cream has 18 teaspoons of sugar? So now then, what do we do with Starbucks?

That is the question…