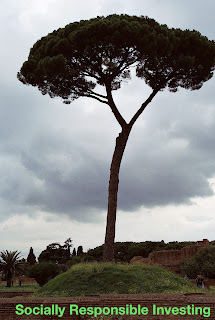 Climate Counts (Climatecounts.org) recently released its Scorecard for 2012-2013.  This independent, non-profit organization congratulated Unilever for having topped its list of companies with a score of 91 (highest ever) for the second year in a row.

Climate Counts produces a scorecard, or list of companies’ impact on climate/sustainability. Companies are rated on their practices to reduce global warming.  Scoring is from 0 to 100 (best).  Climate uses 22 criteria to evaluate companies, which are broken-down into four categories. Please refer to its website for additional information. Note that the SRI website does not consider the Scorecard a comprehensive list for socially responsible investing screens as it‘s mostly limited to consumer brands and focuses on the “E” of ESG (Environmental, Social, Governance).

Unilever is a huge consumer products company (€46.5Bn as of FY’11) of which typically focus on the “bottom line.”  However, knowing that Unilever was the holding (parent) company of Ben & Jerry’s made me realize its high ranking wasn’t a fluke…

Background:
I was recently at a Socially Responsible conference at the Mohegan Sun and decided to sleep at a (haunted) B&B in Mystic, Connecticut in lieu of a soulless hotel–casino.  After a late breakfast I arrived at the conference’s topic table session.  These are tables led by individuals that aren’t giving presentations.  I decided to join folks at a table called Common Good headed by a fellow named Terry Mollner.

After Mr. Mollner speculated my late arrival on a “late-night with a girlfriend” I thought he was a little flaky (though I was equally touched that he thought I was a young lad). When he started evangelizing what he called a “Common Good Movement” I felt like I just walked into a cult.  However, I soon learned Mollner was not only the founder of Common Good, but a founder of Calvert Social Investment Funds, the Calvert Foundation and a board member of Ben & Jerry’s. 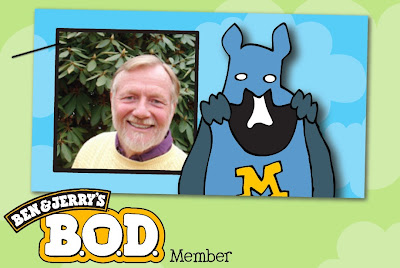 In the same manner that large asset managers are rapidly signing on to the United Nation’s Principle for Responsible Investment, Mollner is calling on large enterprises to “publicly declare that their highest priority is the common good of us all and profit or anything else is second in priority.”  This would be a proactive initiative coming from enterprises themselves rather than defensive moves as is utilized today (e.g., socially responsible shareholder proxy fights, responses to government regulations).

This would move enterprises away from their short-term self interest to longer term common good.  Ex-Fed chairman Alan Greenspan was a strong believer in the capitalistic self interest motive.  However, even he later revealed in Congressional testimony that self interest was no longer a valid assumption and that it did not prevent Banks from bringing the U.S. to the brink of Depression.

Ben & Jerry’s vs Unilever
If you want to learn the source of Unilever’s sustainability success, then you must hark back to its acquisition of Ben & Jerry’s.  Back in 2000, there was a bidding war for the nostalgic ice-cream maker, with Mollner organizing his own bid (with a group of investors including founder Ben Cohen).  As Mollner says, “we lost the battle but not the war.”  In other words, while Unilever out-bid them, Mollner’s group was able to instill legal provisions allowing Ben & Jerry’s to:

Ben & Jerry’s continues to operate independently to this day.  In fact, during 10/2012, Ben & Jerry’s announced that it became the first wholly-owned subsidiary to become a Certified B Corp.  Essentially, Ben & Jerry’s sole purpose is now not just to make money but to benefit society.  The move was supported by Unilever, as consistent with Ben & Jerry’s mission and is also aligned with Unilever’s sustainability agenda. In 2010, Unilever committed to reducing the environmental impact of its products by 50% while doubling sales by 2020.  In a BBC interview, ESG consultant Paula Widdowson said, “I think Ben & Jerry’s was a tipping point for Unilever – they learned a lot from the culture and learned that it made business sense.”

Conclusion:
In a case of David vs Goliath, Ben & Jerry’s social mission has become embedded into Unilever, so much so that it’s now the #1 ranked company in Climate Counts’ Scorecard.

*Note: In all fairness, the Unilever presence hasn’t been all creamy for Ben & Jerry’s.  All of their ice-cream flavors are no longer universally wholesome as some contain corn syrup and the company stopped saying their products are all natural.