I‘ve always strived for self improvement.  A key foundation to self improvement is knowing yourself, including your weaknesses and devilish-side.  One should also strive to be authentic and honest not just to society, and family but to ourselves. 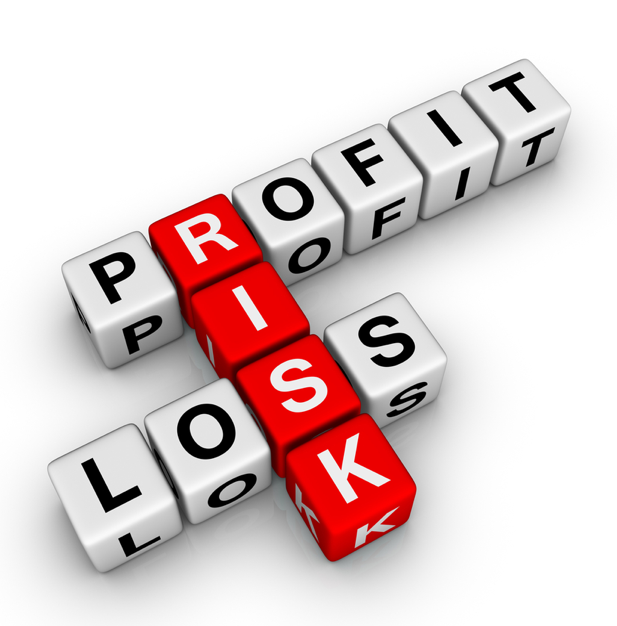 With that said, I want to tell my readers how I screwed-up investing in SodaStream (SODA).  As a writer and avid reader of Seeking Alpha, I’ve run into too many writers who are “know it alls” – you know what I’m talking about.  Even if one has humility, the problem is our view becomes biased once we take a position in an investment.  But in order to become a better person and investor, I believe we need to view our actions in a critical manner.

I discovered SodaStream back in 2011, soon after its IPO on the NASDAQ.  The company’s strong growth spurred its stock to more than double less than a year after going public.  This and an interesting story and business model also attracted the likes of Jim Cramer and the talking heads of Wall Street.

I was instantly attracted to the company because of its interesting and perhaps faddish product (the DIY Sodamaker).  But what closed the deal for me was its attractive business model, which was essentially the razor razor-blade one.  I had already made a successful investment in Keurig Green Moutain (GMCR).  Both companies used the simple, yet highly effective razor business model. So I figured that SodaStream too would benefit from that model’s strong operating leverage.

I have written several articles on SodaStream but the full analysis was published in summer of 2011. In it was listed several pros and cons (i.e., risks investing in the company).  I did identify most of the risks with the exception that U.S. traction could slip. And that’s exactly what happened. Either the company didn’t educate the U.S. market properly (which I indirectly bulleted as Business Execution Risk) or U.S. consumers weren’t ready for a better and healthier way of attaining soda.

I have always been a big believer of licensing technologies and partnering with other companies, especially if you’re trying to make a name for yourself.  However, this is much easier said than done.  SodaStream has made agreements to sell name brand syrups but never from the Big 3; and it didn’t partner with a big investor as Coke has done with Keurig Green Mountain on the next-generation cold-beverage maker. The key risks from my full analysis report (2011) are listed below (right side). 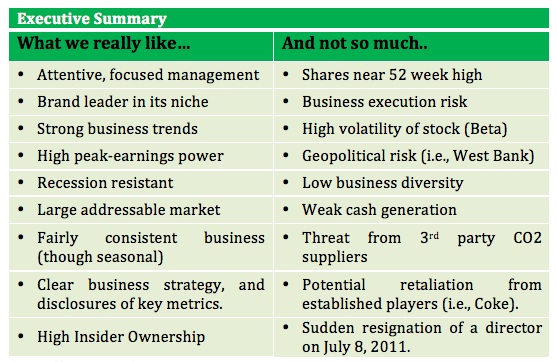 Investing in the markets, all markets, is a risky endeavor.  Don’t let anyone, especially professionals fool you! Even fixed-income investments are dangerous, especially ANYTHING yielding 3% over the 10YR treasury rate.  If fixed income is risky, you can imagine how much riskier small-caps investments are!  With that being said, I invested in SodaStream knowing it was a risky venture. Given that it was a new industry niche, there was little available information, especially information that could be verified by third parties. The company said that U.S. consumers used 2x more syrups than its mostly-European customers, according to a consultant it had hired. Unfortunately, I had little outside information verifying this.  Though, I understood the business, the company and what could go wrong, including some of the “known knowns etc” as Donald Rumsfeld famously stated.

If I knew the risks, one might ask “why did I screw up”?  Well, upon deeper analysis it’s now clear that I was overconfident from successfully investing in Keurig Green Mountain and had invested a larger amount than I should have.  (I believe one should invest very small amounts in small companies.)  That large investment skewed my thinking, and created an attachment to the company and its attractive story.

A friend once advised me that successful investing in a portfolio should employ Risk Management.  (Enterprise) Risk Management is typically known as something big banks do to reduce risk in their loan portfolio. However, I believe this is key in successfully monitoring new and especially existing investments.  Effective Risk Management doesn’t care how much you like the company or it’s story.  You stress the portfolio to determine how it would do under a downside scenario.  This doesn’t have to be complicated.  It could be as simple as keeping a market weight investment, or 5% investment for each name, and reducing the investment allocation of individual names depending on the size (revenues) of the company.  So for a portfolio with S&P 500 names and just one small-cap name, one would have 5% investments in the S&P names, and maybe just 2% in the small-cap. This is easier said than done, and is helped enormously by having a “committee” of two or more examining the portfolio to ensure you haven’t broken your own rules.

Returning to SodaStream, I saw the company was getting stretched and mentioned to several friends how its financials were breaking every rule that we had learned in the Certified Financial Analyst designation program. In fact, I was so concerned that I published an article entitled SodaStream’s slippery slope to Adulthood in January 2014.  I also wrote numerous comments on SODA’s Seeking Alpha page citing its bloated inventories, low cash, etc.  The shares had declined from nearly $75 midyear to $53 by year-end. I could have sold then but I didn’t.  It was too late.  I was emotionally attached to the company.  You may be thinking “ah this will never happen to me.”  Well, we’re human, we have feelings, and we make mistakes.  This happens to everyone. The ONLY thing you can do is be aware of the above and your actions.

So where does SodaStream go from here?
SODA’s shares are hovering at just $21, near their all-time low.  At first glance they look like a bargain as Enterprise Value to Sales are about 1.0x, and then there’s the periodic takeover rumors.  However, I believe their is way too much risk in this company.  Given that revenue growth is now negative in what was supposed to be a hot U.S. market, the likelihood is high that there will be an inventory, factory as well as service network (i.e, distributor) write-down.  The company announced Third Quarter 2014 earnings on 10/29/14 and much of the report leaves me pessimistic.  Inventories are rising as well as debt and cash flow.
However, the stronger operating cash flow is typical when revenue growth slows. Readers can click here for the press release. 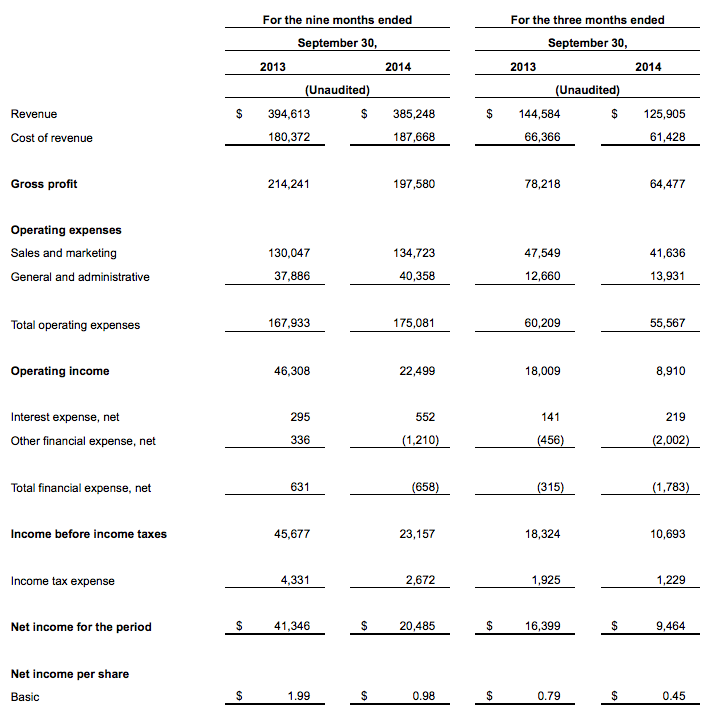 It is doubtful that an acquirer would want to buy a company that’s in a turn-around stage. Once the company’s business regains traction I believe its prospects could brighten. The company will now be marketing itself as a health & wellness brand given that its syrups have better ingredients such as no high-fructose corn syrup (or asparteme), and less sugar than store-bought soda.

I hope readers have found my experience helpful and encourage all of you to write-down your rational for investments and in life decisions.  Have a great 2015 !