Skip to content
As mentioned in previous articles, we believe companies that hire women are more apt to be socially responsible.

And the “proof of the pudding” is in actually comparing SRI lists.
Cross-checking a sample of names against the highest rated Socially Responsible Companies from lists such as Fortune’s Best Companies to Work For, Corporate Responsibility’s 100 Best Corporate Citizens, Boston College’s Center for Corporate Citizenship reveals several common names.

The list, which is located at the bottom of this article is mostly geared towards up & coming corporate-types.  This list is courtesy of NAFE (National Association For Female Executives).   For those ladies seeking more broad information on women & work issues, I recommend contacting Working Mother Magazine/Media group.Link 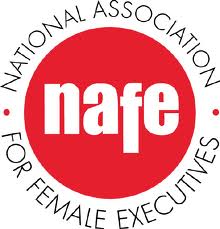 How NAFE’s list was created:
In order to make it to NAFE’s Top 50 list, each organization had to complete a detailed application covering internal and external programs, etc, that benefited women.  Women companies were selected from a pool of “self-selected applicant” companies and ranked on the data they provided in their application.  Applications were collected by an independent survey research firm.

One Concern is that the data in the applications were not independently audited.  However, we are not worried given the nature of the survey.  In other words, applicants are kept honest by the potential Reputation Risk that would result should an intentional misrepresentation be given.

Attributes of the Top 50 Companies for Women Executives:

Further, women executives are likely to progress to high positions in the Top 50 given the potpourri of programs to help them break through the “glass ceiling.”  Such programs include: career counseling, leadership training, support groups and other related programs.

Of course, if there’s no Management Accountability, the number of programs means nothing to actual success in the workplace.  But, the Survey does represent proof that there is such accountability.  Survey results indicate that among the Top 50 companies:

Where is improvement needed?
The NAFE also provided a list of Non-Profit Companies (See list on bottom of page) that were in its Top 50 list for women executives.  For nearly every surveyed item (including the two highlighted above) the Non-Profits outranked the For-Profit Companies.