SRI Trend #3:  Transition from the Individual Investor to the Institutional Investor.

3 .  Movement away from the traditional individual investor towards the Institutional Investor.  Individual investors wanting to align their souls with that of ethical corporations/investments have traditionally dominated old-fashioned/traditional SRI.  Few institutional asset managers were interested in investing assets in an ethical manner.  However, these investors now account for $1.9 trillion in assets out of the total $2.71 trillion under management (data as of 2007) according to socialinvest.org.  The $1.9 trillion is up 28% from $1.5 trillion in 2005.  The 28% institutional growth is superior to that of the overall SRI asset growth (+18%) and far outstrips the 3% growth of all assets under management (AUM).

Within the institutional investor, an emerging trend is Hedge Funds participating in SRI.  Currently, the industry segment is still in an embryonic stage, as these hedge funds are quantitative-based.  While they do utilize “ESG” it is used in a quant way via rankings on governance, for example.  The alternative is a qualitative method whereby companies’ social responsibility report are read through.  According to one asset manager, Trillium Asset Management, “If we could find the connection [between ESG and higher investing returns] extract it, show it, and then demonstrate it, we will change the market.”  Trillium oversees about $1Bn for individuals, endowments and nonprofit groups.  Some hedge funds are working with traditional institutional investors.  Trillium has given hedge fund Auriel Capital Management LLP Auriel’s website on ESG seed money so it could launch an ESG-quant fund next year.  Quotient Investors LLC website also started a $10MM ESG quant fund for CALPERS (California Public Employees’ Retirement Systems).  Note this isn’t the first time CALPERS (AUM of $217Bn) has engaged in SRI investing.  CALPERS has already committed $500MM to SRI via the Negative Screening strategy.  But the returns haven’t been satisfactory, hence its use of quant hedge funds.  (Source: Wall St Journal).WSJ story

This third trend of Institutional Investing mimics the growing popularity of Shareholder Activism.  Of course, this is not a coincidence – you need one to get the other.  They’re not all positives from this trend.  The individual loses his position as key decision-maker, and the investment process grows more sterile, and, if you will, “corporate” and “institutional” in nature.  Further, “SRI’s moral dimension is at least implicitly de-emphasized”, according to Peter Kinder, of KLD Research & Analytics.  One of this website’s overarching goals is bringing the individual investor back to the forefront of grass-roots investing.

Going forward, I believe “Screened Pools” such as Exchange Traded Funds (ETFs) may well be the biggest trend of them all.  This will be discussed in the next section.

2.   Shareholder Activism efforts attempt to positively influence corporate behavior.  These efforts include initiating conversations with management on issues of concern to the investor, and submitting voting proxy resolutions.  This strategy is also called “value enhancing” SRI in that the investor tries to bring like minds to enhance the value of an existing investment.  Note this investment does not need be in a socially responsible company, as one of the motives might be to encourage the corporation to become more ethically responsible.

These investors are institutional such as public pensions (as opposed to individual), holding periods of the investments are shorter, and the investors tend to operate on a much smaller list of issues.  They are not fans of the Efficient Market Theory; and instead believe that equity prices lack efficiency; and are thus not always correctly valued by the market.  In attempting to garner support for their resolutions, resolutions sometimes become headline-making news, with an example being an attempt to get General Electric to clean-up New York’s Hudson River.  Whether or not the resolution passes, a positive effect is that the public ends-up more educated.

Two key indicators supporting evidence for growth in Shareholder Activism are, 1) the rising number of shareholder resolutions filed at US companies on environmental and social issues (up from an annual average of 240 in 1999-2000 to more than 380 in 2007-2009.  2) Of these resolutions filed, shareholders are supporting more.  According to RiskMetrics Group, 2007’s vintage of resolutions was supported by 15.3% of investors, an all-time record.  The most popular resolution was “Say on Pay” with 46% of the vote during 2009, which makes sense considering the public’s anger over high executive pay, especially to Wall Street firms.

One example of this active form of investing is the Calvert Large Cap Value fund ($86MM AUM, as of 10/19/10), which uses what it calls a SAGE strategy, or Sustainability Achieved through Greater Engagement.  According to its portfolio managers, they first identify sectors that are considered for investment (e.g., Energy).  Then they undertake advocacy with all companies that do not meet Calvert’s core “ESG” (Environmental, Social, Governance) criteria.  They have direct engagement with the target companies.  If the companies don’t change their acts, Calvert divests its investment positions.  Calvert’s largest investment position (as of 9/30/10) is Royal Dutch Shell.  Key advocacy objectives include enhanced commitments to reduced Greenhouse Gas emissions, expansion into alternative energy, and improved safety training and reduced fatalities. 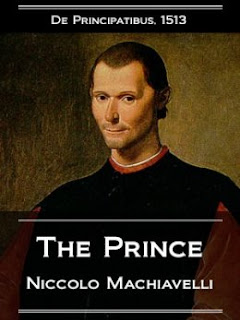 One disadvantage of this strategy is that it helps fuel a “short-term” trading mentality.  The irony here is that Pensions, the largest investors using the Shareholder Activism strategy, are known for their very long-term holding periods.  Another disadvantage to this strategy is its limits on portfolio diversification.  The last disadvantage is more pertinent for smaller asset managers.  Calvert’s Large Cap Value fund, for example, has high exposure to the Energy and Financial industry.  Six out of its ten largest holdings operate in the Energy industry.
Portfolio managers and analysts are often stretched with earnings calls, meetings, etc., and often have a difficult time directly engaging in more than a few dozen corporations at one time.  One key concern I have with this method is that such a strategy may not always fit under the SRI label.  Remember, the primary goal of Shareholder Activism is increasing the price of the stock.  The question is perhaps the inverse of Niccolo Machiavelli’s, “Will the end justify the means?”

SRI Trend #1:  The movement away from Negative Screening, towards Positive Screening
1.    SRI was traditionally known, sometimes with detest, for its use of Negative Screening.  In other words, investors typically avoided “bad” companies, and their associated “sin stocks” including the usual suspects of Alcohol, Weapons and Tobacco.  However, according to the Social Investment Forum, there’s actually a “laundry list” of negative themes.  From largest to smallest in terms of usage, this includes Tobacco, Alcohol, Labor, Environment, Weapons, Gambling, Human Rights, Pornography, Animal Testing, and even Abortion (though this is quite rarely used).

I have issues with such a screening, especially when one considers that Corporations are just like people.  Similar to the characters of people, there is no such thing as a “perfect” person, and both companies and people are highly complex.  An ideal-like company that produces Solar Panels, may also be emitting significant amounts of chemicals and other pollution during its production process.  Further, some companies operate in relatively green-friendly industries (i.e, business services) compared to others (oil refining) that are handicapped by default.  And weapons are required to protect the freedoms of peoples living in hard-earned democracies.

Positive Screening has become far more popular over the last decade given its flexibility, and fluidity of investing.  It also takes into account the positive qualitative aspects of corporations and their forward momentum thereof.  Thus, a detested company like Wal-Mart, which has taken numerous efforts to change its ways, could be an ideal candidate.  Within Positive Screening, recent trends favor employee relations and corporate governance.  Such screening requires significantly more analysis than Negative Screening, which simply eliminates “Sin Stocks” – no questions asked.

According to Sentinel Investments, for example, one would screen for companies that have: good business practices including being responsive to customer and public concerns, and which have strong operating records, such as quality control, safety and compliance.  Corporate Governance covers board composition and executive management.  Thus, board diversity and independence are examined.  Environmental Performance is evaluated for overall stewardship, and reducing “footprint.”  Diversity (of labor) examines policies, and practices.  Human Rights records are examined for large corporations such as Nike that operate in several countries.  Lastly, a company’s involvement in its local Community is examined, including the degree that it encourages volunteerism.  Positive Screening will be employed in this website’s  investment recommendations.

There’s a revolution, and it’s sprouting from a “grass-roots” movement.  In a very real sense SRI is igniting, as well as reacting, to the “greening of America.”  According to Social Investment Forum’s website 2007 report entitled Socially Investing Trends, in the U.S., between 2005 and 2007, SRI assets under management (“AUM”) increased more than 18%.  This compares with overall AUM, which grew less than 3%.  SRI assets are estimated at $2.71 trillion, and I expect the next report to show continued significant levels of growth.

Their upcoming report, for the 2009 data period, will be released by December 2010.  My confidence for continued growth is predicated on the consumer side (e.g., higher awareness), and the easy entrance into the SRI niche via new investment vehicles such as Exchange-Trade-Funds (“ETFs”).

Consumers have become very aware of green and sustainable products, which are translating into all aspects of their lives.  According to an April’09 report by GMA–Deloitte website, 54% of shoppers actively consider environmental sustainability characteristics when choosing products.  Can you recall the last time this happened to you? 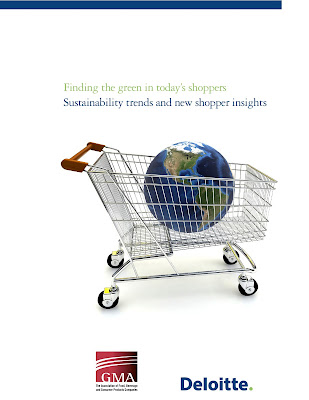 The more commonly used term, the “Green Consumer Market”, at $200Bn in the U.S., is expected to grow 15% annually.  The Obama Administration’s $787Bn Stimulus Plan also includes several ways of boosting the “clean energy economy”, which by example, will be starting from Obama’s “home” with a solar installation.

There are five trends within the Socially Responsible Investing realm.  They are:

2.    The popularity of Shareholder Activism,

3.    Transition from the traditional individual investor towards the Institutional Investor,

This article is being presented in five parts, so that I can present to readers a more detailed view of the above trends.