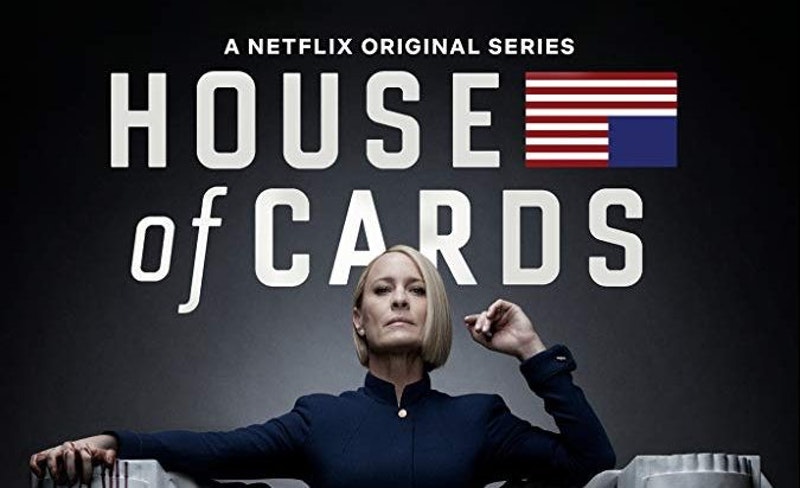 I would like to clear up a few conversations about internet streaming company Netflix (NFLX).  There are a multitude of articles parroting off each other; effectively saying “the British are Coming.”  According to them, Netflix is over leveraged and either competition, or free cash flow burn will tear down Netflix’s moat.

This article’s goal is to put Netflix’s Competition, and Credit Risk into perspective.  As a background, I spent over two decades as an industry and credit analyst.  My passion is understanding how new technologies are disrupting industries.  Here in San Francisco, it’s a living breathing thing that presents itself as soon as you leave your front door, tripping over a Lime scooter on your way to meet your Uber driver.

Let’s start with the right-brain qualitative stuff.  Over the last decade, competition in Media & Telecom has decreased markedly.  Market share is often dominated by just a half-dozen players.  The result has been lower competition and an oligopolistic industry structure, according to Harold Vogel, who’s written the bible on the subject.  One reason for this is globalization.  There is no way a small steel mill can compete with a Chinese steel multinational which has operations near its customers and benefits from economies of scale.  Other reasons are regulatory (e.g., lack of anti-trust enforcement).  For more information, I recommend the book The Myth of Capitalism.

The wireless carrier market share chart below (data from Statista) shows that 72% of share is dominated by just two carriers and T-Mobile/Sprint are presently arguing with regulators that their proposed merger won’t raise prices.  AT&T itself recently merged with Time Warner.  Consolidation isn’t just between companies within the same segment but vertically between sectors (wireless, landline, CATV, Film Studios, etc.)

Certain industries, such as Media, Telecommunications & Technology are prone to oligopolistic behavior due to their implicit network effects.  Investors are now fearing the onslaught of new streaming competitors.  However, time will settle and we will likely be left with just 3-4 providers:  Netflix, Disney, Amazon and a fourth that is to be determined.  Think of these streamers as those 850lb Sea Lions on Pier 39.  Every once in a while these pinnipeds bark loudly as they defend and adjust their space.  Ten minutes later, they’re as happy as a clam.

The Statista table below is the market share for video subscriptions (i.e., streamers).  Disney already doubled its stake in Hulu to 60% via its 21st Century acquisition and they will likely negotiate to buy the rest from AT&T/Time Warner and Comcast (owns via NBCUniversal).  Meanwhile, AT&T has already made moves to consolidate HBO Now/Direct TV with the Turner networks (CNN, TBS, etc…) which may result in an internal culture clash.

As we wait for the industry’s dust to settle, the more entertaining question is, “What is Netflix’s actual credit risk?”  While credit analysis involves several factors, my focus will be to examine debt repayment ability.  For that, we need to examine cash flow – a term that means different things to different people.

When I reviewed leveraged finance credits, cash flow usually meant EBITDA.  Because it is an earnings-based measure, EBITDA won’t be able to tell you if the borrower is using aggressive accounting tactics.  Another version widely used is Operating Cash Flow (OCF) that can easily be found in a Form-10K, according to the SFAS 95 reporting standard.  SFAS 95 took years in the making (mandated in 1987) which recalls the phrase, “You can please some of the people all of the time…”

Since SFAS 95 wasn’t sufficient for the film industry, the American Institute of Certified Public Accountants issued Statement of Position No-00-2 (in 2000) which was later codified into ASC-926 and ASC-920.  This accounting standard essentially says that film costs need to be capitalized and those costs need to be presented in the Operating Cash Flow (OCF) section of a company’s cash flow statement.  So costs that are most always classified as capital expenditures under the Investing section of the cash flow statement are moved to the Operating section.  This makes Netflix’s OCF appear much worse than convention.  Furthermore, Netflix started shifting from licensing others’ content to producing its own original content which effectively shifts its returns on investment to outer periods.  Concurrently, the majority of spending is shifting to its international business, which in effect, is like starting a new company – investments are to be expected.  Netflix is far outspending its peers in terms of content spending over its revenue base.  While high on an absolute basis, management has indicated its originals avoid a 30-50% markup by producing in-house.

The table below shows Netflix’s last three years of operating cash flow and how the inclusion of “Additions to streaming content assets” sharply reduces cash flow.  The company then calculates Non-GAAP free cash flow as a $3Bn deficit by adding the purchases of Property and DVD content (these are shown in purple).

A few months back, I met a hedge fund manager at a CFA Society conference that was adamant to the point of anger that Netflix was “going down” because of irresponsible content spending.  So I started reading every article on the video streamer.  “Was I missing something?” I thought.  What I discovered was a cognitive dissonance – perhaps intellectual laziness.  Macho manager was saying that Netflix’s $3Bn Operating Cash Flow(OCF) and Free Cash Flow (FCF) burn would eventually turn the borrower insolvent.  And superficially, he seemed correct given that Netflix is saddled with $10.3Bn in debt and just $2.1Bn in EBITDA (see below).

There is no GAAP mandate requiring companies to disclose free cash flow.  However, any time a company reports a non-GAAP performance indicator such as EBITDA, it is required to show a reconciliation between that pro-forma number and the GAAP number.  Below is Adjusted EBITDA as reported by Netflix for the 2018 period and its reconciliation with GAAP Net Income.  While Netflix reports a conservative OCF, note that it also reports a very conservative Adjusted EBITDA number of $2.1Bn for 2018.

EBITDA is typically calculated by taking Operating Income, or EBIT and adding Depreciation and Amortization.  In this case, Netflix does not include any of the $7.5Bn in Amortization from its content production.  Including Amortization uplifts EBITDA to $9.7Bn (see table below).  It is unclear why the company does not separately report Amortization on its income statement as the dollar amount comprises 76% of its cost of goods sold.  Remember, EBITDA is mostly derived from the income statement.

Nonetheless, it is clear Netflix’s credit quality is better than the Ba3/BB- assigned by the credit rating agencies on 10/2018.  Based on its credit metrics, the borrower should be rated BB+ given its strong business position, moderate financial leverage and high equity market cap (the company can issue shares to repay debt).  My BB+ rating mapping considers that Netflix will need to borrow an additional $3Bn to fund film production.  The table below shows that Netflix’s Net Debt/Adjusted EBITDA approximates 3x, a level that credit rating agencies assign investment-grade ratings to.  If Amortization is added into EBITDA, Net Debt leverage falls to just 0.68x (A rating category).  That rating would then have to be notched down based on the company’s negative cash flow and Content Obligations.  About $8.6Bn are due this year (listed on the balance sheet) with the remainder 3-5 years (Off-Balance Sheet).  Management has not provided detail on these contracts or how flexible they are to renegotiation.

So what’s Netflix worth?

An adequate valuation of Netflix would entail using several valuation measures which is out of the scope of this article.  Below are the inputs of a Discounted Free Cash Flow (DCF) model that applies my belief that the company’s operating leverage is high.  I expect FCF to turn sharply positive within the next few years.  I project reasonable revenue growth based on historical trends, then forecast FCF to reach a limit of 33% of Netflix’s revenue base.  This percentage is based on a peer group of media companies as well as software firms.  The WACC (weighted average cost of capital of 10.4%) used to discount the FCF is higher than average (more conservative) to reflect the stock’s high beta.  Terminal growth is 3% and FCF is projected to rise quickly beginning in 2022.  Year 1 is 2019E, etc.  Under those assumptions, the DCF calculated a stock value of $400/share which is about 10% above the current trading level.  The difference is not significant given the high margin of error.

Another technique supporting my strong FCF expectation is by examining what other film production companies spent in the past.  I sampled three types of companies (independent, conglomerate, animation).  It’s important to include Pixar and Dreamworks as they were known for “betting the farm” on a new medium called computer-animation.  As of 2018, Netflix spent 82.6% of revenues on Content Production.  If we apply the median Content Production/Revenues of 33.8% onto Netflix’s $15.8Bn in revenues, then Netflix would have easily eliminated its $3Bn FCF deficit in 2018.

Future profitability can also be forecasted by applying the contribution margin for the Domestic Segment (34%) or DVD segment (58%) onto the International segment.  The boldfaced line (“Potential”) below shows that Contribution Profit rises from $3.46Bn to $5.34Bn in 2018.  This equates to a 118% increase in Netflix’s overall operating income, to $3.5Bn and covers over half of the operating cash flow deficit.

While using a DCF model to determine Netflix’s share value is a factor, basing a purchase decision on it is foolhardy.  That is because the majority of Netflix’s cash flows are in the distant future.  Consequently, minor changes to cash flows, WACC or long-term growth will have a dramatic effect on the calculated value.  Perhaps a better way would be to use Enterprise Value/Revenues, which was 10.8x (FY’2018) and 8x on a forward basis.  Both are high but nothing out of the ballpark.  Either way, it is clear that Netflix will have high cash flows once the industry resettles and the International segment matures.

Oh, and one more thing.  To that macho Hedge Fund guy shorting Netflix, I wish you the best of luck – you’ll need it!