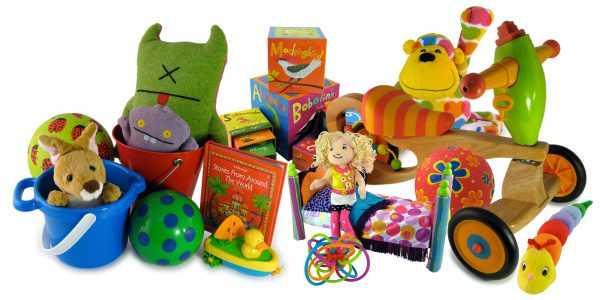 Corporate Responsibility Magazine recently released its 100 Best Corporate Citizens list.  This year marks the 14th time this list has been published.  We, at the Socially Responsible Investing website consider CR’s list, itself, amongst the best of SRI/CRI lists.

CR documents 298 data points of disclosure and performance along broad categories including the environment, climate change, employees, human rights, governance, finance and philanthropy. CR itself has made its measurement process and methodology more transparent over the years.

Methodology:
There are 7 main categories as mentioned above. Within these 7, there are 14 subcategories (usually about 2/category). For example, for Employee Relations, there are the subcategories of Diversity disclosure, and Employee Benefits disclosure as well Diversity performance. The big theme throughout the list methodology is disclosure. We would like to see more focus on performance, though this admittedly requires a great deal more work.

So what’s so special about toy companies?
Both Mattel and Hasbro were on the Top 10.  Further, both companies are featured on other CSR lists.  For example, Mattel (#96) and Hasbro (#92) are on Fortune’s 100 Best Companies to Work for 2013. Well, not only are toy companies consumer facing organizations, but toy-users (i.e., children) are our most precious ones. So, it follows that the toy firms would be more socially responsible (e.g., safety first) than say, an oil pipe manufacturer.

Investing in Hasbro (HAS) and Mattel (MAT):
Both companies have had decent, but not spectacular financial and stock market performance, with the larger company Mattel besting Hasbro on both counts. Over the last year, Hasbro’s shares have risen 23%, while Mattel’s have risen nearly 37% (12mos period ended 6/23/13). Both companies dominate a slow-growing industry sector whose markets, in turn, are dominated by three larger retailers, Wal-Mart, Toys-R-US and Target which distributed nearly 40% of the industry’s product revenues.

Hasbro (HAS) is known for its Monopoly games as well as the Transformers, Nerfs, and PlaySchool.  After a weak 4Q’12, financial performance improved during 1Q’13, which was highlighted by strong (+26%) games growth with overall sales growing 2% (so little market share gains as industry sales growth is in the low-single-digits). However, shares appear fairly valued given low earnings growth. Analysts expect HAS shares’ 2013 P/E to be about 13x which is somewhat high in our view considering the company’s sub-P/E earnings growth (i.e, PEG is over 1x) and 2013 operating margins are 1%-plus below its 2010 peak of nearly 15%.  Note that Hasbro is also undergoing another restructuring which is likely to increase earnings volatility. However, Hasbro’s long-term (one year +) prospects should improve as the company is expected to see higher margins related to its ongoing product rationalization, brand building and focus on licensing.  Some of the more interesting CSR actions the company does are giving its first year employees 3 weeks vacation, a subsidized gym, compressed workweek, telecommuting and a job sharing program. Hasbro was also ranked #1 on Climate Counts’ scorecard for the toy industry. And as of this writing, HAS received an Environmental Award from the U.S. EPA.

Mattel (MAT) appears to be the better of the two companies – at least for now.  Other than the financial crisis period of 2008, MAT shares have risen steadily and more so compared to HAS.  The company is well liked by employees with many staying at the company over 15 years. An outstanding 63% of employees are women (Source: Fortune). Before we discuss financials, it is worth noting that the company provides sabbaticals to its employees as well as:

Mattel’s financials are good. In fact, Mattel is currently at its highest operating profit margins in years. Mattel’s P/E is approximately 19x and 13-14x on a forward basis. Like Hasbro, this forward P/E is also above its growth rate implying a PEG that is above parity.  However, note that Mattel’s operating profit margins (see below) and earnings growth are higher than Hasbro’s (see comparison table on bottom of page).

Comparison between HAS and MAT

Conclusion:
Odds are higher that consumer-facing companies will make it to the CR 100 Best Corporate Citizens list.  Above were highlighted two toy companies that ranked highly on CR’s list as well as others such as Fortune’s Best Companies to Work For.

Disclosure: The author has no shares in HAS or MAT.