The Container Store (TCS) went public in November 2013.  Despite being founded in 1978, the company has a young culture and feeling. TCS is a specialty store of storage and organization products and is best known for its Elfa closet system. (See company history for additional background.) 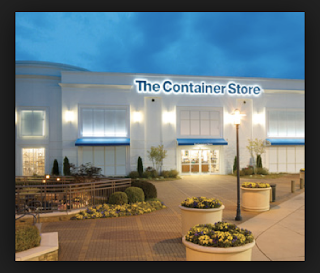 I remember the first time I heard of The Container Store. I was looking for a small apartment and my realtors’ sales-ladies were raving about the company. So after I bought my studio I checked out the local store and fell under its spell. Even though I’m a non-shopper, I was very excited and walked around the store for hours. While it’s true that one can buy many of TCS’ products at a Target, Walmart, etc., I was there to purchase a closet system. The Container Store’s customer service is second-to-nothing. I wanted a closet system that was efficient, built-to-order, yet customizable for the next purchasers of my studio apartment. I bought two systems and have been happy ever since.

For years I kept TCS in the back of my mind hoping the company would go public.  When they IPOed in 2013, I was ready to purchase shares in a company that I admired. I generally don’t invest in Retailers given the industry’s over saturation and increasing internet penetration (i.e., competition). However, The Container Store, to me, was a one of a kind specialty retailer with a strong mission and culture, akin to a Whole Foods Markets or Starbucks. TCS founder Kip Tindell (who roomed with John Mackey at University of Texas) is a founding member of Conscious Capitalism which is a group of companies, academics etc…moving business towards an active conscious culture.

The Container Store is guided by a set of seven values-based Foundation Principles.  Several of these are focused on employees, of which receive intensive training (~ 260 hours first year training) and above-average benefits & compensation. In fact, TCS’s first and foremost stakeholder is not the investor, or even customer. It’s their employees – this is something I’ve never seen from ANY company, but which appealed to me as a Socially Responsible Investor.  It’s also surprising that a private-equity firm LBOed the company (2007) while retaining this “high-maintenance” cost-structure.

Industry Structure/Growth:
TCS’ sharp price decline (down 50% from its peak) drew my attention. I usually examine the Industry first because individual stocks tend to move in lockstep with their respective industry. The Container Store operates in SIC no. 5700 – typically called Home Furnishings.

These have been good times for the Home Furnishings industry thanks to ultra-low mortgage rates, improving economic growth, increasing housing turnover (i.e., existing home sales) and rising home prices. Higher prices allow consumers to take home-equity loans, of portion of which is partly used for renovations. Industry size is large (over $200bn) though Home Organization Products are estimated to approximate $9bn and are forecast to grow 3.5% annually through 2019, according to Freedonia Group.

Industry Structure, using Michael Porter’s 5 Forces model is above-average. The Container Store is the only specialty home organizer company, other competitors are long gone. Its highly trained (and expensive) sales force acts as an entry barrier to competitors. Bargaining power of suppliers is low as the company is vertically integrated via its ownership of Swedish-based Elfa Products. Bargaining power of TCS’ customer-base is lower than average.  Its customers are similar to those seen wandering the aisles of Whole Foods or buying Lululemon gear for their Pure-Yoga workout. These are 30-40ish, highly-educated, affluent, busy women.

Half-time report:
So, before reading on, let’s do a quick summary.  Here we have a cool company, that customers like and employees love. They’re the leader in their industry, which continues to grow. Industry Structure is above-average and TCS’ shares are now 50% off their peak. This must be the buy of a lifetime. Well, not so fast!

“Execution is Everything” – Jeff Bridges
While The Container Store looks great on paper, something’s up with its execution. TCS has just 70 stores and expects to grow square-footage by 12% annually until it reaches its 300 store goal. However, the company’s earnings reports look more like a company that’s reached maturity. Management believes that it’s good at finding locations for new stores and that new store growth will be its modus operandi. However, I believe such an approach is fraught with risks. 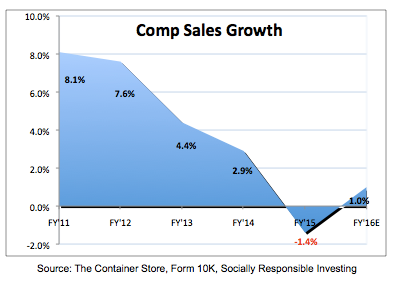 In the table below, you can see the latest Net sales attribution for the latest year (i.e., “fiscal 2014”). Comparable-store sales declined nearly $4mm, however this included about $4mm in online sales.  So in actuality, the bricks & mortar comp-sales decline was $8mm! A better metric is customer traffic, which the company gives in conference calls.  Using this metric, customer traffic declined four consecutive quarters. (In all fairness, 4Q’15’s decline was related to bad weather.)

Highly Leveraged Balance Sheet
The 2007 LBO loaded The Container Store with debt, which will be difficult to pay-down given the business model’s dependence on the (little) free cash flow to be used towards new stores and key initiatives (e.g., POP!). The Container Store’s revolving credit facility and term loan are rated B2/B (Moody’s/S&P) and are secured by all assets of the company. Normally high debt reduces a company’s cost of capital, since a higher proportion of capital costs would be attributed to debt (which is cheaper than equity).  However, at a certain point (intersect on chart), increasing levels of debt (“New Capital” on chart) increase the total Marginal cost of capital.  At that time, TCS’ share price will be more correlated with its credit risk as per the Merton model. 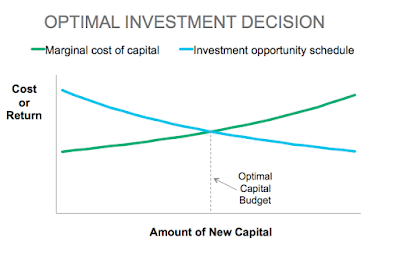 Growth Initiatives:
According to a Seeking Alpha transcript of the last earnings call, management will focus in three areas: 1) TCS Closets, 2) Contained Home, and 3) POP!  The company is placing most of its resources into TCS Closets which is a high-end offering, and which will include customer-financing as the average ticket is $10,000. Contained Home is an in-home design service (average ticket: $2,000). POP! is the company’s customer frequency and reward program. I believe these initiatives are a smart strategy given they take full advantage of TCS’ affluent/busy customer-demographic and leverage the company’s highly-trained employees. However, the programs will likely take a year before boosting comp-sales and profitability.

Discounted Cash Flow (DCF) model assumptions:
The Container Store’s wish list is for long-term Gross Margin above 60% (FY’15: 58.6%) and SG&A at 45% (FY’15: 47.7%). The SG&A percentage excludes another 1.1% pre-opening costs (see table below) which I believe should be included in SG&A. (For comparison, this compares with the industry average of approximately 22-25%.)

Together this could yield a 4% increase in EBIT margins in a best-case scenario. My 3-Stage DCF model also considers a best-case scenario of positive and rapidly growing Free-Cash-Flow (FCF) as well as a Weighted Average Cost of Capital (WACC) of 10%.  I calculated FCF by using the midpoint number between Adjusted EBITDA and operating cash flow.  (I usually use operating cash flow which is lower and less subject to manipulation.) 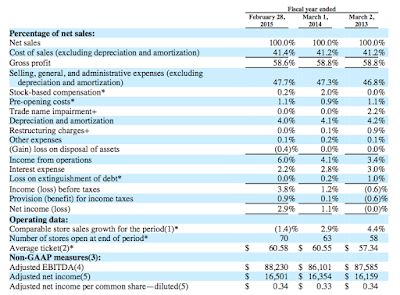 DCF model results:
After inputting the above best-case assumptions as well as a 3% terminal growth rate and net-debt of $310mm, the result was a share-price estimate of $10.42. There is also the probability the company may have a secondary equity offering of, for example, 5 million shares, which could reduce the forecast value by $1/share. The matrix below shows results after lowering assumptions for Growth and the Discount Rate (“WACC”). They are all trading substantially below the company’s current share price of ~ $17-18.

Peer Valuation comparison:
Other measures of value tell a similar story. Price/Book value (~ 4x) and Price/Earnings (~ 52x forward) are not worth mentioning given its leveraged balance sheet and near-term earnings suppression.  The more useful metric is Enterprise Value(“EV”)/EBITDA. This metric values the company at a 30%-50% premium to the Median, depending on the time-period utilized. There are a few companies (e.g., Tuesday Morning) with high EV/EBITDA multiples but their earnings growth is supportive of the higher multiples.

So what’s an investor to do?
My goal wasn’t to berate The Container Store, but to show how great companies don’t always make good investments. While I admire the company’s culture and mission, it is in the midst of a risky transformation which will take a year to gain traction. I am hoping to be a buyer but not until comp-sales reinvigorate to the mid-single-digits.

Full Disclosure: The writer does not own shares of TCS as of July 6, 2015.