EVERY DAY ONE HEARS THE UNENDING MARCH OF THE CHINESE ECONOMY.  China is large, powerful and growing quickly.

However, it will be a long time coming before it leads in Socially Responsible Investing.  For now, the baton remains in Europe, particularly Northern Europe, which controls the largest amounts of SRI assets.  However, when it comes to the spirit & soul of SRI, the French are second-to-none. 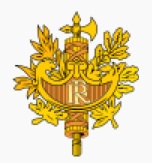 France is the world’s 4th largest economy, and its influence is even larger; as it has the second largest number of diplomatic missions in the world.  Its Revolution inspired motto is: Liberté, Égalité, Fraternité.  In plain English, the “jist” of this motto is having one’s citizen’s treated fairly, with freedoms as we have in the States, and that one looks out for the common good.  Ah, could this be the roots of modern SRI?

France is the 14th ranked on the Human_Development_Index.  Countries in this index tend to also have the most advanced SRI initiatives.  The Netherlands is ranked even higher (number 7).  It also happens to manage one of the highest levels of SRI assets in Europe, at EUR 130 billion. 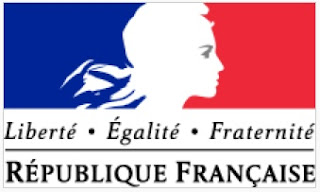 Size & Growth of French SRI:
French involvement in Socially Responsible Investing is large, at EUR 50.7bn, and growing quickly. SRI assets grew 70% in 2009 (latest available data) on top of 37% growth in 2008.  The 2008 growth, while smaller is spectacular considering it occurred in the midst of the global Financial Crises.   This data is sourced from Novethic.com (which is part of the French pension system).  While 2010 data is yet to be published, we expect another double-digit growth number given recent trends.


Employee Savings examined:
SRI employee savings benefited from the conversion of bond and money market funds, with those assets nearly doubling.  The proportion, or share, of employee savings funds in SRI rose from 8% to 13%.  As US readers probably already noticed, few United States savings plans offer such options.

Given that capital markets were so strong in 2009, one wonders whether the sharp growth was due to strong markets.  Well, Novethic has broken this down too!  According to their study, most of the growth came from fund conversions, inflows, and lastly (least significant) being performance & gains from the stock and bond markets.

Breakdown of Investments:
A big surprise was the huge amount of money invested in non-equities.  SRI is typically thought of as stocks/equities in the United States.  However, given the nature of European investing (and the older demographic profile) it makes sense that most monies are invested in non-equities.  These include Bonds and Money Market accounts.  There were several money-market accounts that converted into SRI type funds.

Investing Approach:
ESG Screening, or what’s called Positive Screening on this website, was the most popular approach in French SRI.  I consider this true socially responsible investing.  So readers, please take note…Though Negative Screening was also utilized by several asset managers.  This is far less popular in the States where asset managers are drawn towards ESG Screening/positive screening and Engagement/Shareholder Activism.  In the US, shareholder activism amounted to $1.5 trillion, or about 50% of the total monies invested in SRI ($3.1 trillion). The Shareholder Activism style seems to fit well with the US’s “cowboy” culture.

French SRI versus U.S.
There are some key differences between how US asset managers invest in socially responsible companies, and those of our friends across the pond.

Then, where are the similarities?
Surprisingly, despite cultural differences, and several shades of gray in the definition of SRI, the United States and France have similar definitions of SRI.  Please review our SRI trends articles for background information.  Overall, we both strive to invest in companies that are doing good, either for their employees or their larger communities.  We also agree on the various categories of SRI (e.g., Best in Class/Positive Screening) though each country tends to favor one category over another.

French SRI versus European ESG:
Thanks to Eurosif (in partnership with Novethic) 251 European investors were surveyed for the first time on their use of Environmental, Social and Governance (ESG) criteria into asset management.  Eurosif (the European Sustainable Investment Forum) is a think tank whose mission is to develop Sustainability through European financial markets.  Note that we are using SRI and ESG interchangeably, though ESG in this context/survey is a tad more broader, and less strict (the methodology is used more on a case-by-case basis than SRI which is more regimented).

Eurosif’s survey spanned nine countries during 2010 (totaling EUR 7.5trillion), with the largest being Denmark with huge SRI related assets of EUR 144bn.  For comparison, the US market totals about $3.1 trillion (or about EUR 2.3 trillion).  See our Update on SRI for additional information. Based on Eurosif’s survey, below are the key differences (and similarities):